High-tech shrink art may be the key to making tiny electronics, 3-D nanostructures or even holograms for hiding secret messages.

A new approach to making tiny structures relies on shrinking them down after building them, rather than making them small to begin with, researchers report in the Dec. 23 Science.

The key is spongelike hydrogel materials that expand or contract in response to surrounding chemicals (SN: 1/20/10). By inscribing patterns in hydrogels with a laser and then shrinking the gels down to about one-thirteenth their original size, the researchers created patterns with details as small as 25 billionths of a meter across.

At that level of precision, the researchers could create letters small enough to easily write this entire article along the circumference of a typical human hair.

Biological scientist Yongxin Zhao and colleagues deposited a variety of materials in the patterns to create nanoscopic images of Chinese zodiac animals. By shrinking the hydrogels after laser etching, several of the images ended up roughly the size of a red blood cell. They included a monkey made of silver, a gold-silver alloy pig, a titanium dioxide snake, an iron oxide dog and a rabbit made of luminescent nanoparticles.

Advertisements
These two dragons, each roughly 40 micrometers long, were made by depositing cadmium selenide quantum dots onto a laser-etched hydrogel. The red stripes on the left dragon are each just 200 nanometers thick.The Chinese University of Hong Kong, Carnegie Mellon University

Because the hydrogels can be repeatedly shrunk and expanded with chemical baths, the researchers were also able to create holograms in layers inside a chunk of hydrogel to encode secret information. Shrinking a hydrogel hologram makes it unreadable. “If you want to read it, you have to expand the sample,” says Zhao, of Carnegie Mellon University in Pittsburgh. “But you need to expand it to exactly the same extent” as the original. In effect, knowing how much to expand the hydrogel serves as a key to unlock the information hidden inside.

But the most exciting aspect of the research, Zhao says, is the wide range of materials that researchers can use on such minute scales. “We will be able to combine different types of materials together and make truly functional nanodevices.”

Patterning hydrogels with a laser and then shrinking them down with chemicals offers a way to make nanoscopic structures out of many materials. 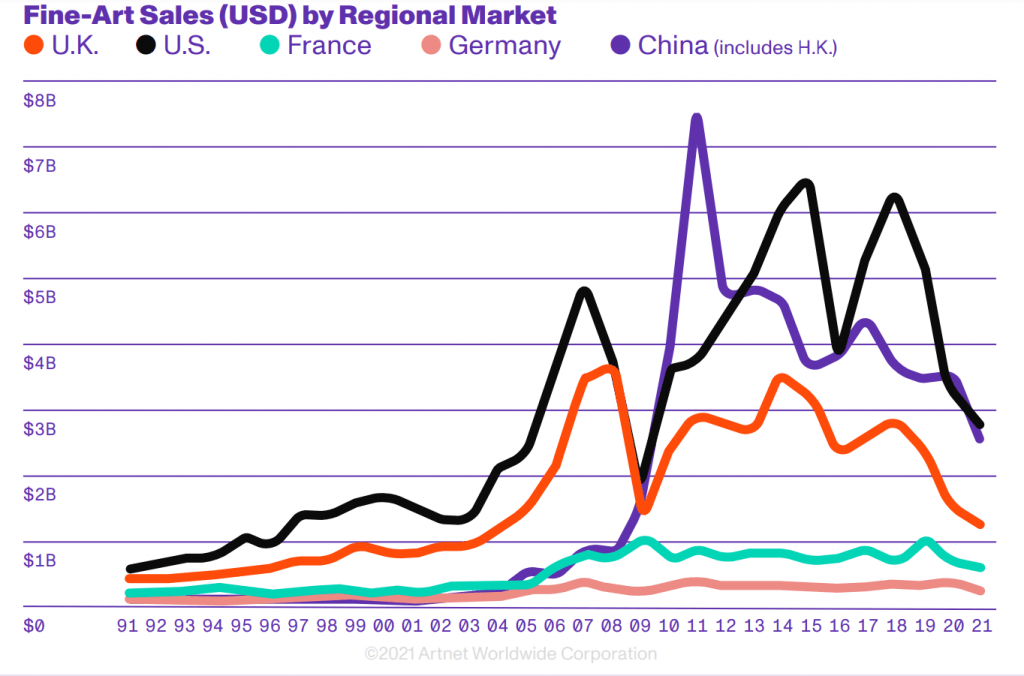 This article originally appeared in Artnet News’s fall 2021 Intelligence Report.    The art market has rebounded after the events of 2020 placed it—and everything…